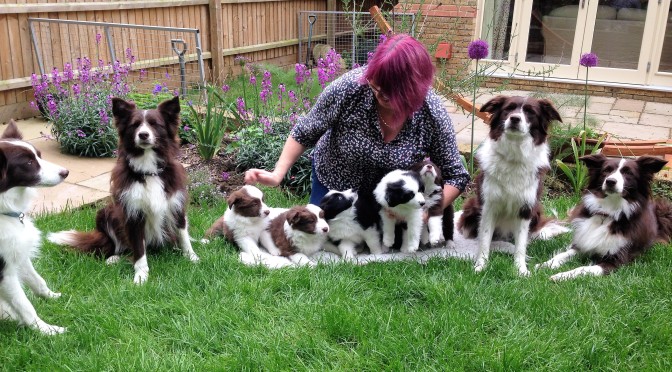 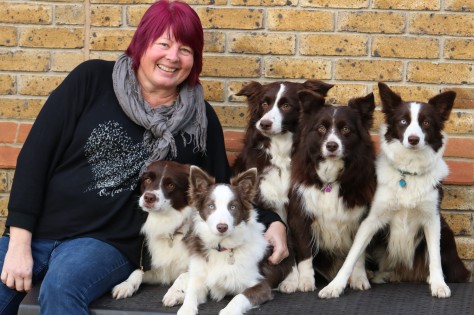 Turns out, a responsible breeder looks a bit like me!  Well not all of us have purple hair, although we do have a tendency to eccentricity, since our lives revolve around our dogs.

On Saturday, I went to an Assured Breeder Seminar, run by the ABS department of the Kennel Club.  It was a great day, well run, well attended (100 people) and with some very interesting talks, on the following subjects:

I learnt a great deal and had the chance to speak to lots of lovely dog breeders.  It seems that there are in fact plenty of responsible people doing a great job, just for the love of it.  Listening to the history of the scheme and the way it has progressed reflects the way that we think about dog breeding in this country.

It is estimated that in this country we ‘need’ around 800,000 puppies each year, just to ‘replace’ dogs that have died.  The Kennel Club expects to register around 300,000 dogs this year.  The remaining dogs will include crossbreeds and people doing a ‘one off’ litter from their family pet.  Sadly, a large number of these puppies also come from commercial breeders and illegal imports.

We were told that 73% of breeders only have one litter and only 5% have more than 10 litters.  There are around 4,500 members of the Assured Breeder Scheme.  Talking to the breeders around me, most of us Assured Breeders have had dogs for a long time and generally have around one litter per year.  That’s around 5-10 puppies, per year.  Not enough to meet demand, is it?

Breeding for health, not money

What was apparent in listening to other breeders, backing up the view I expressed last week in my post Should I breed from my dog? is that it is difficult to be a responsible breeder AND make money doing it.  It’s one or the other, generally.  This is one of the reasons that Assured Breeders do not generally have a licence from their Local Authority; we see it as a hobby only.

“Where you buy could determine whether they live or die”

They do this by:

It is a never-ending challenge for the Kennel Club, trying to persuade dog buyers that this is the case.  Fortunately, other organisations such as RSPCA, Dog’s Trust, Battersea and the Government are now working alongside the Kennel Club to promote this message.

Agria Insurance have done an extensive survey and been able to demonstrate that there is a significant saving in vet’s fees when dogs are bred responsibly.  For example, puppies from an Assured breeder are 23% less likely to visit the vet and owners spend around 18% less in vet’s fees.

I did a poor job of answering this question last week.  In fact we do it to:

Think before you buy?

In order to make so many puppies, what kind of life do those dogs have?  Who is loving them?  Are they having a litter every six months?  Are they being illegally imported, whilst pregnant, so that they can provide the puppies that the public are demanding?  What will happen to these dogs once the demand dries up?  Dumped or dead, most probably.  Please think before you buy?

3 thoughts on “What does a good breeder look like?”

For the dog of your dreams